First off, I owe a huge “Thank  you” to the companies who contributed giveaways to Big Wayner’s Birthday Blowout — C-Dub’s BBQ Rub, Draper’s BBQ, Willie’s Hog Dust, Uncle Kenny’s BBQ, and Pirate Jonny’s.  Second, I want to thank everyone who entered the contest and made it a huge success!  There were a grand total of 266 entries!!  As much as I would love to give everyone some sort of prize, I only have one bundle.

My first intent was to place a video of the drawing up on YouTube.  However, I ended up having technical difficulties doing so.  So I decided to simply take a picture of the winning entry… 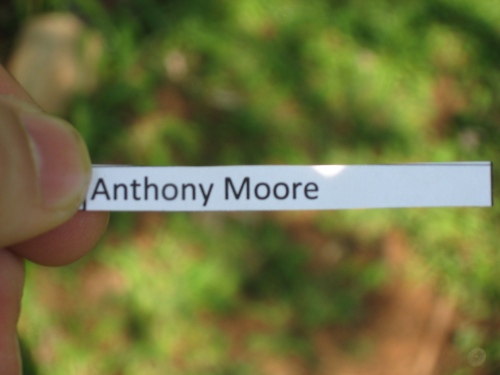 Congratulations to our winner above!  You have 48 hours to email me at bigwaynerbbq@gmail.com so that I can get your prizes sent out to you.

Thanks again for entering Big Wayner’s Birthday Blowout and making this a huge success!  Continue to follow Big Wayner’s BBQ Blog on Twitter and Facebook where I’ll continue to post reviews and other miscellaneous banter.